Supporting Your Cancer Recovery Through Yoga

The vision of Dr Yoga is to provide information on the latest scientific and clinical studies trends involving yoga and cancer. In addition we are developing disseminate home based yoga practice materials suitable for cancer patients and survivors. 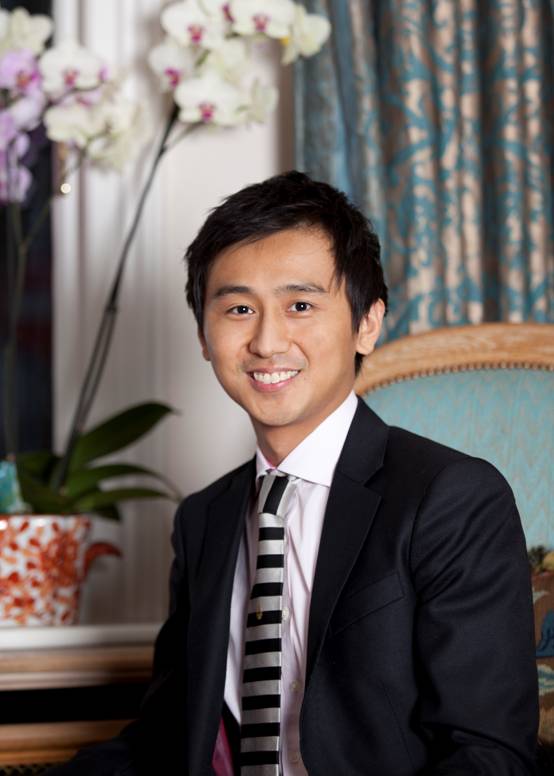 Dr Jimmy is currently working for a private hospital group based in Harley Street, London UK as the Head of Oncology Service Line. In his role, he is responsible for the development and management of cancer services across the network of hospitals. Jimmy gained his MA in Natural Sciences from Emmanuel College, University of Cambridge and his doctorate degree in Clinical Oncology (Breast Cancer) at Imperial College, London. Jimmy has also interned at Harvard Medical School, Boston USA and the oncology Department at Great Ormond Street Hospital, London. He has practiced Ashtanga yoga for over a decade and has qualified by training at the Ashtanga Institute, Mysore located in India. He is a registered yoga teacher RYT200 with Yoga Alliance UK. He is also a keen advocate of the use of yoga for cancer patients and works closely with Maggie's Cancer Centres to promote its use in recovering cancer patients. 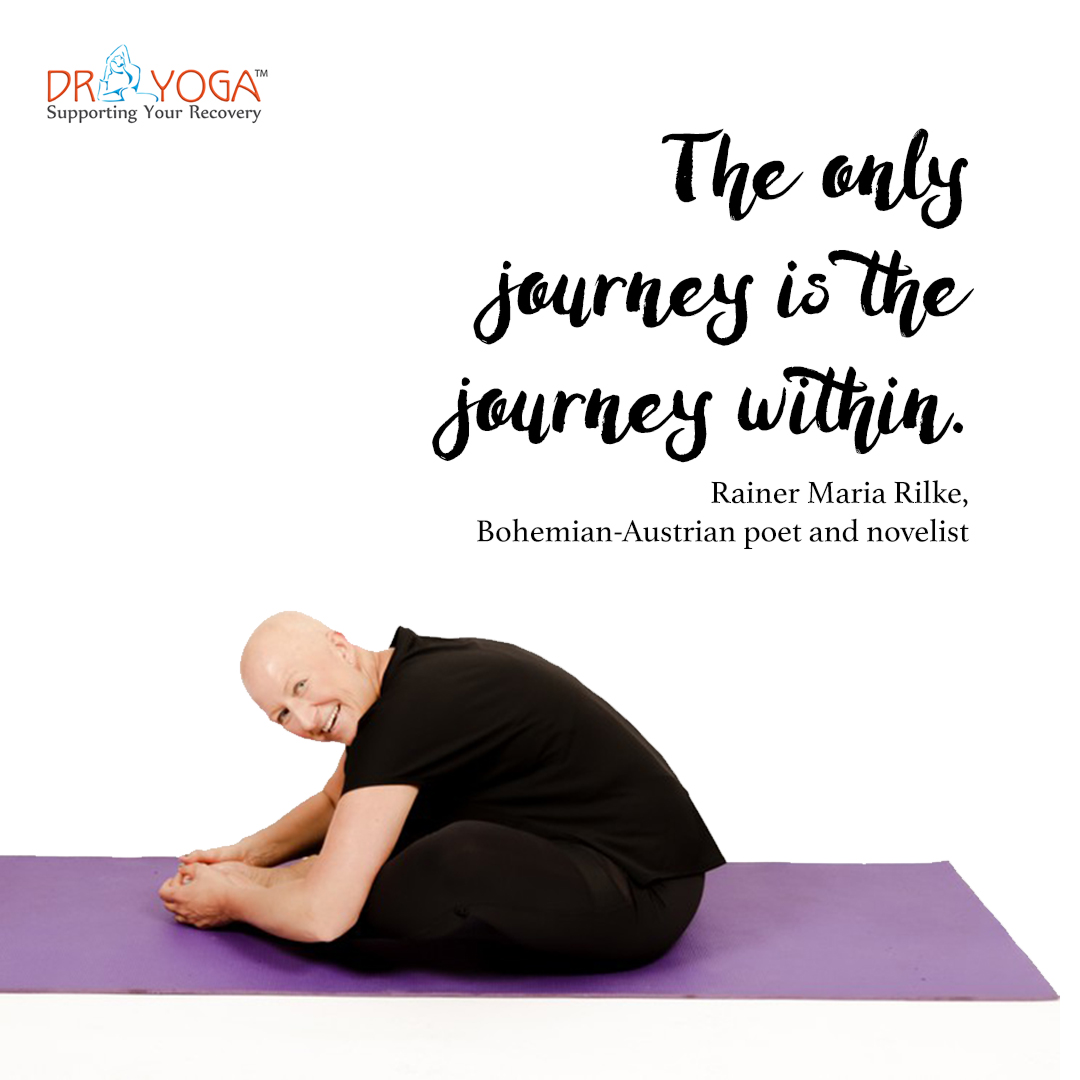 Yoga, a Sanskrit word is difficult to translate fully, the literal meaning is translated as "yoke" and it is generally interpreted can be thought of as a practice or path that can lead to the perfection of "stillness" both physically and mentally.

In essence, yoga involves the practice of physical asanas (postures) and pranayama (breath control) to create pratyahara (sense withdrawal) through increase dharana (concentration).  The increase concentration forms the foundation for dhyana (meditation) to achieve samadhi (state of inner joy/peace) during the practice.  Through this, it cultivates niyama (self awareness) in daily living and the adoption off yama (ethical principles). 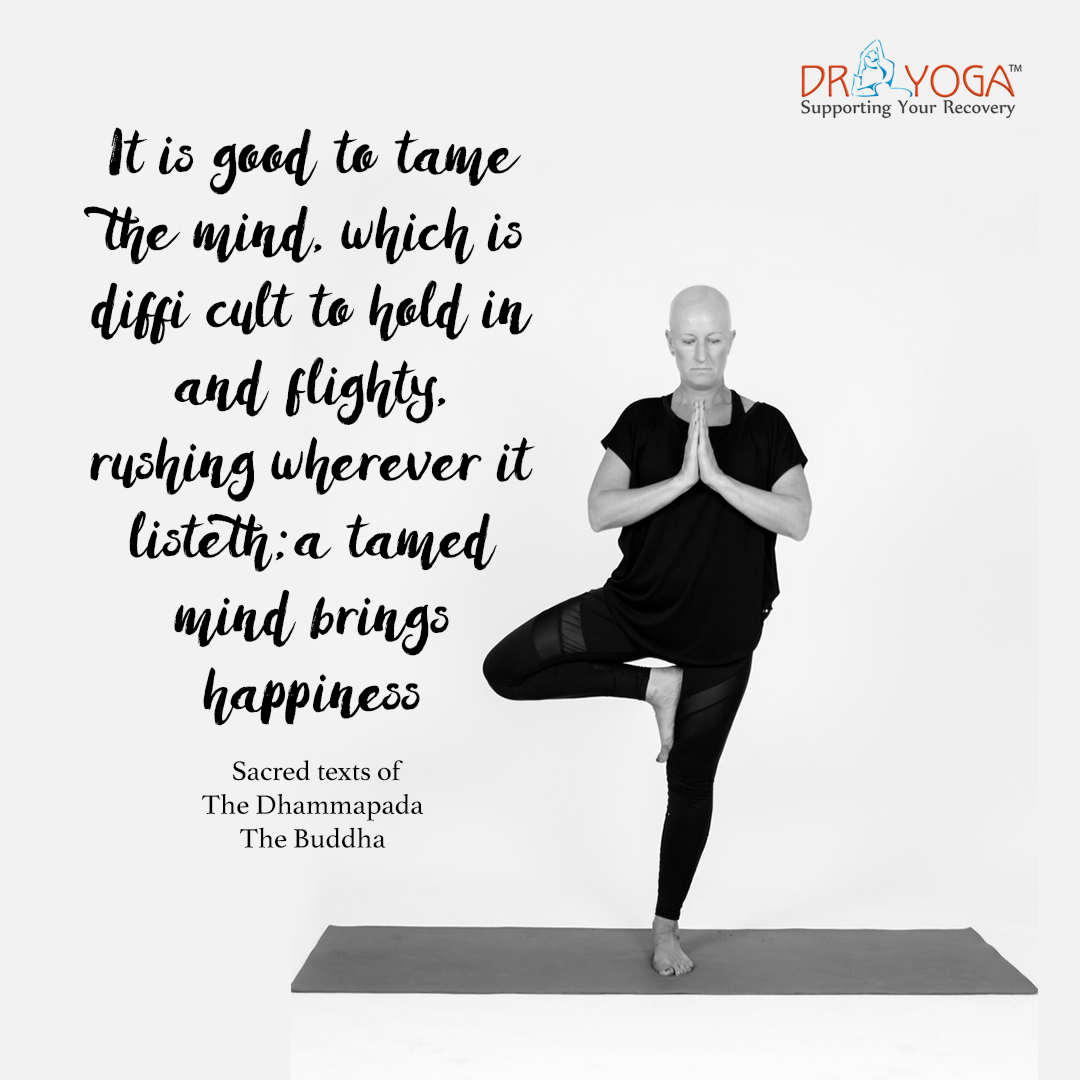 Interestingly, for the first time in recent years, the scientific and medical community has awaken to the potential health benefits that this ancient practice might have on modern day medical conditions - including cancer.

A review of the benefits that yoga might bring to cancer patients and survivors were conducted by CRUK in 2012, where the scientific rigour of 23 clinical trials performed to date was examined in greater detail.  Reported clinical benefits included reduced levels of anxiety, depression, fatigue and stress, improving quality of sleep, mood and spiritual wellbeing.   In addition, some clinical studies have also shown that yoga may be able to reduce hot flushes in women with breast cancer and a small clinical trial has also demonstrated that lymphoma patients had experienced improved quality and duration of sleep after following a 7-week yoga programme.  In summary, there is a general consensus that yoga could improve the psychological well-being cancer recovery for cancer patients based on these studies. 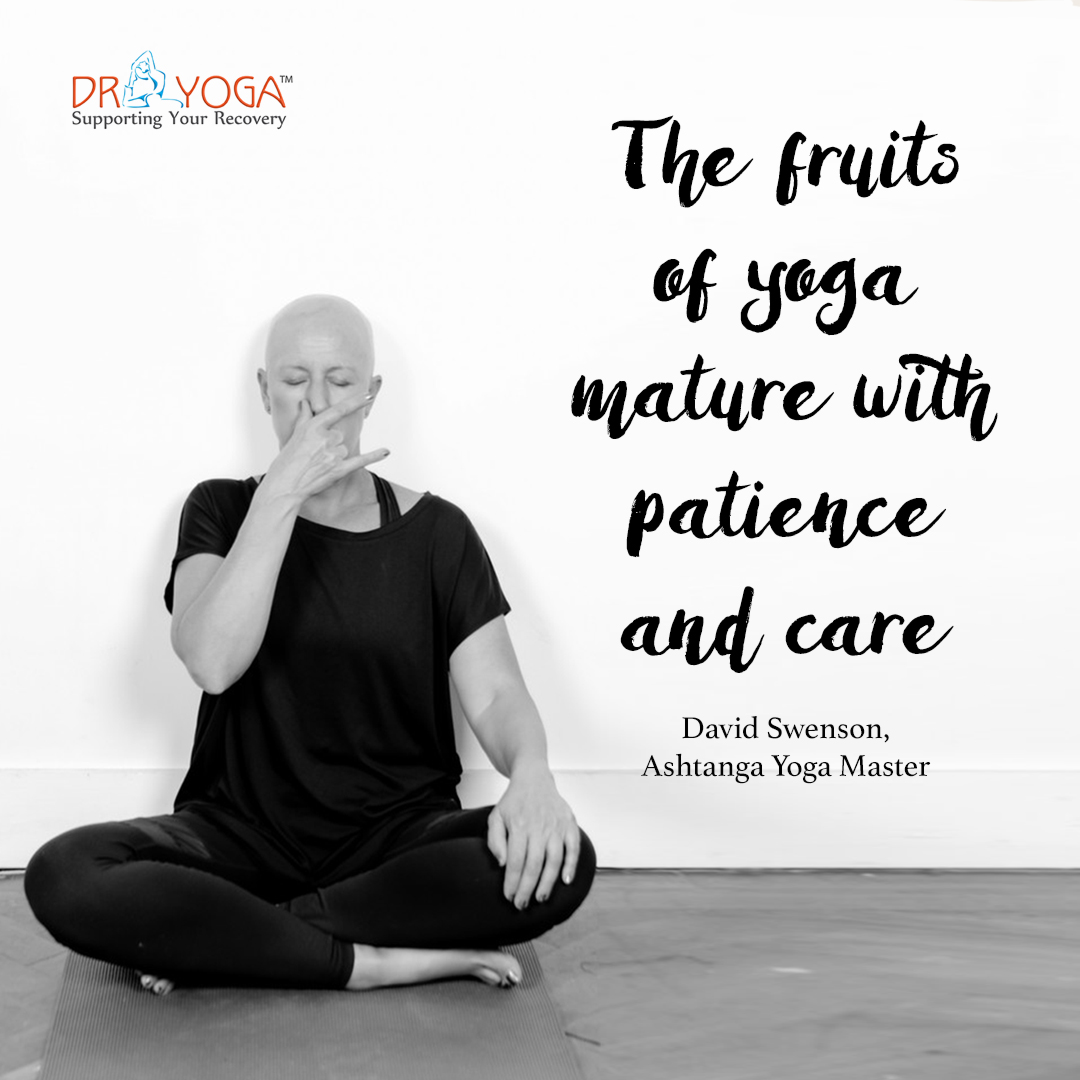 A landmark clinical study conducted by Professor Lorenzo Cohen, Director of the Integrative Medicine Programme at The University of Texas, MD Anderson Cancer Centre suggested that yoga can benefit cancer patients undergoing radiotherapy. The study recruited 163 women with stage 0 – 3 breast cancer lasting over a 6-month period. They underwent 6 of weeks of radiotherapy and were randomly assigned into 3 groups which received different add-on instructions apart from their standard course of radiotherapy. Group 1 received 3 hourly Yoga sessions per week; Group 2 received 3 hourly simple stretching exercise regimes per week; Group 3 acted as a control group who received neither Yoga nor stretching regimes. The most significant finding here is that women who practised Yoga registered the sharpest fall in a stress hormone - Cortisol (hydrocortisone). Cortisol is normally produced by the adrenal gland in response to stress. This is of particular importance because ‘blunted circadian cortisol rhythm ‘– a high level of blood cortisol levels in the body have been linked to worse outcomes in breast cancer. 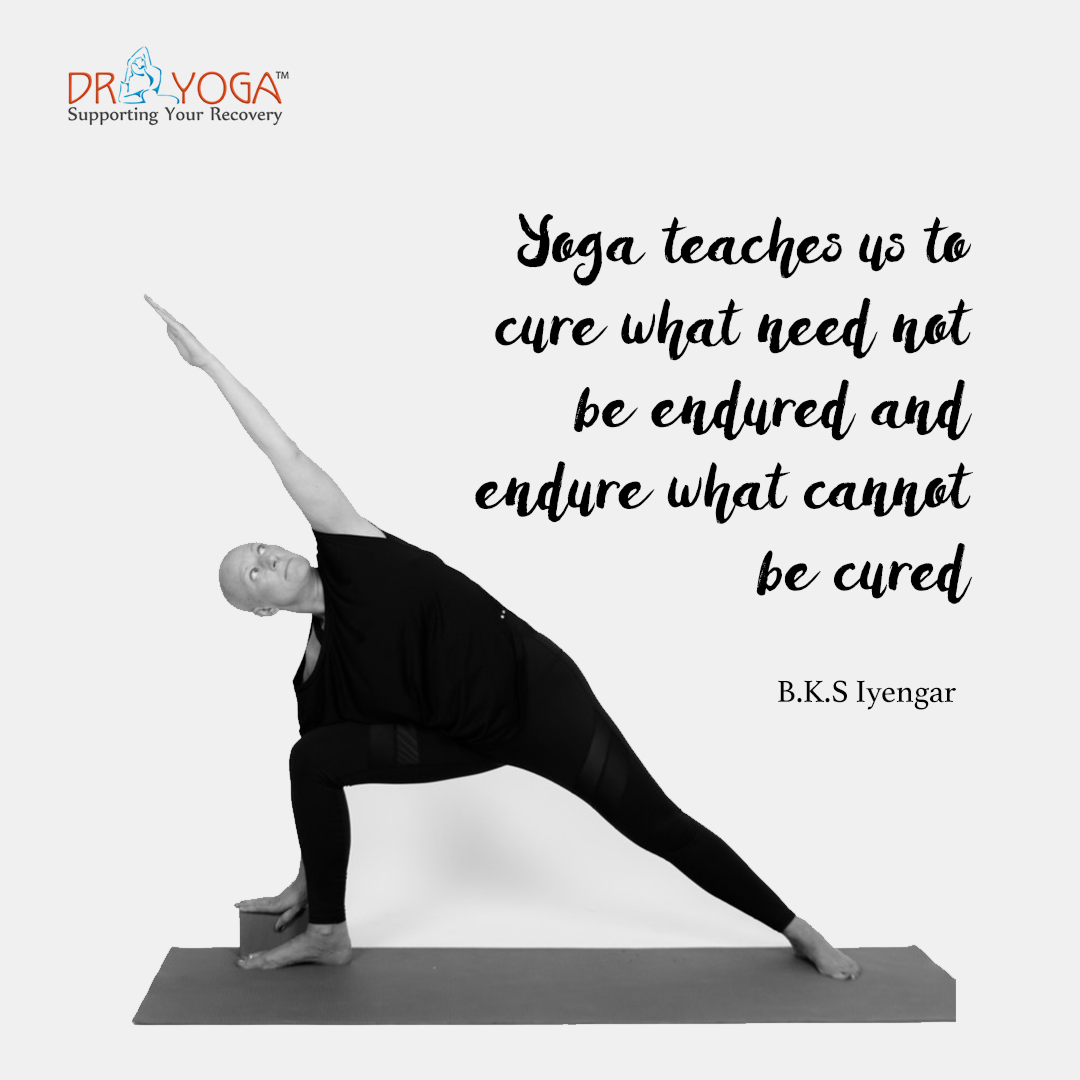 Unsurprisingly women who practised yoga also reported qualitatively that they have better general health, physical functioning and psychological wellbeing.  Professor Cohen cited that “Teaching patients a mind-body technique like Yoga as a coping skill can make the transition less difficult.” What is more important is that the National Cancer Institute in USA has awarded the largest grant to date to the study of Yoga in Cancer to Professor Cohen’s team to conduct a further Phase III clinical trial for breast cancer patients to determine the scientific mechanism of how yoga can effect a better biological outcomes post radiotherapy treatments. They are also going to assess the cost efficiencies of implementing yoga programmes in hospitals. To date, this is the known phase III clinical trial going to be performed to address how Yoga can benefit breast cancer patients.

In addition, a recent study in 2015 conducted by the University of Rochester Medical Centre, New York looked at secondary data analysis of all US nationwide multi-site, phase II/III randomized controlled clinical trial examining the efficacy of yoga for improving musculoskeletal symptoms among breast cancer survivors receiving hormone therapy has shown that participants in the yoga group demonstrated greater reductions in musculoskeletal symptoms such as general pain, muscle aches and total physical discomfort.  The findings are consistent with an earlier study published by the School of Nursing, University of Pittsburgh states that Exercise in a variety of intensities and forms, including yoga for people recovering from advanced stages of cancer exercise can decrease anxiety, stress, and depression while improving levels of pain, fatigue, shortness of breath, constipation and insomnia. They have also strongly suggested that people diagnosed with cancer should discuss with their oncologist safe and easy ways they can incorporate exercises like yoga into their daily lives.

There are also other numerous studies which have demonstrated yoga might benefit cancer survivors and patients suffering from all types of cancer including lung cancer, prostate, skin and ovarian cancer where the side effects of chemotherapy and radiotherapy are similar.The vision of Dr Yoga is to provide information on the latest scientific and clinical studies trends involving yoga and cancer.  In addition, we are developing disseminate home based yoga practice materials suitable for cancer patients and survivors.